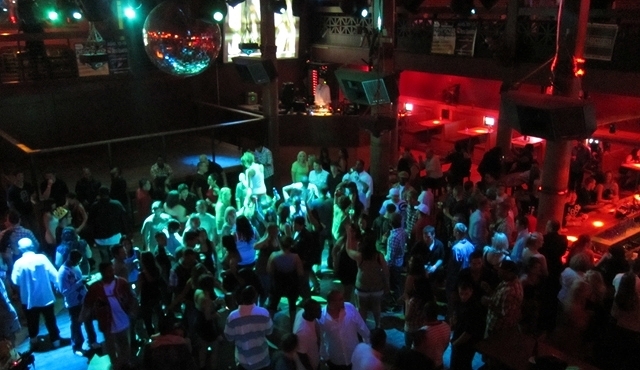 Every day and every night something happened that made it a great contest and overall great weekend.  For Pro Vert Skateboarding, I was up really close to the decks of the ramps.  Of course there were many athletes, along with family and friends there as well.  I had a great experience though!  Most of the athletes were doing TV interviews but one guy finished and came over and talked to me.  That guy was Bucky Lasek!  He’s a great guy.  He grew up in Baltimore, MD so he’s really familiar with Ocean City.  It was nice of him to stop and talk to me for awhile.  He’s really cool, and very talented.

There were so many people out there that it was almost impossible to talk with anyone else so we left.  We asked where the “after party” would be so that we could go hang out with the athletes.  When we got to the “after party” venue, it was so crowded that we didn’t find any of the athletes.  That was a bummer.  We were standing outside the front door and all of a sudden there was PLG (Pierre Luc Gagnon) and some of his friends.  So we talked for quite awhile and had our picture taken.  That was so cool.  PLG got 1st in the Vert Class.  He is an amazing skater and a great guy.  Right after that, a guy came up to me that heard about my story/accident.  He gave me his phone number because he works for a good law firm and said he would be happy to see if the lawyers could be of any help with my case.  It didn’t seem like the night was going to be good but it turned out being great !

There was another highlight of the weekend.  My friend, Bill, and I were sitting in the athlete’s lounge area and we ran into P-Rod (Paul Rodriguez).  He’s a great guy and one of the best skateboarders.  He was doing a TV interview but when he was done we got his attention.  We talked for awhile and I told him the story of my accident, as well as how much I admire him as a skateboarder.  His agent was there as well.  When Paul had to leave, his agent said he’d be right back.  A few minutes later, his agent showed up with one of Paul’s signature Plan B Skateboards that he had autographed for me!  How amazing is that?  He’s a great guy and an amazing skater.  Thanks so much P-Rod !

Besides hanging out with the skateboarders, I got to hang out with so many BMXers that weekend.  Jamie Bestwick, Simon Tabron, Steve McCann, Dennis (and Parody) McCoy, Ryan Nyquist, Morgan Wade, Anthony Napolitin, Daniel Dhers, Gary Young, Matt Wilhelm, Terry Adams and a ton more riders and Dew Tour Staff Members.  Of course I’m friends with all the judges for the BMX events as well.  One of my good friends was announcing the events but they moved him to the skateboarding events.  I really didn’t get to talk to him until the last day.

My good friend, Olivia, was there managing the event.  She was so busy that I didn’t even get to hang out with her.  I understand though, and know that she had a huge job to do!

Ocean City, MD would love to host the contest every year because it brings in lots of tourist traffic, and a great event and venue for the whole family.