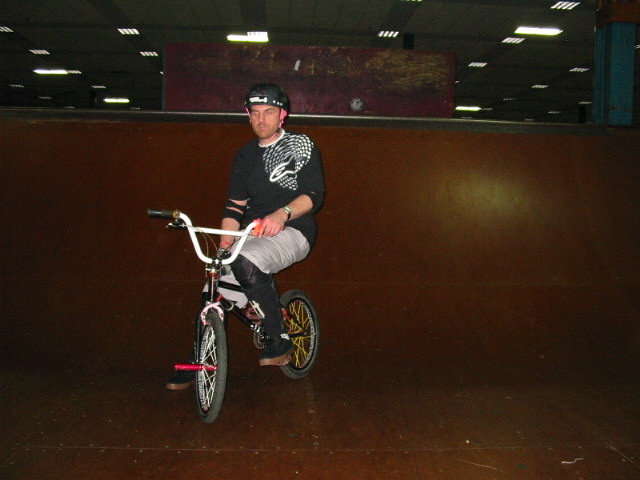 On July 16th, I had a followup appointment in Pittsburgh, PA for the clinical study in which I’m a participant.  I had told some friends that I had to be there for that appointment.  Dave Schaefer, a good friend of mine from Cleveland, offered something that I’ll never forget !  He offered to drive to Pittsburgh to pick me up and let me stay with him at his house in Cleveland for a week.  So I totally agreed because I knew that we would have a bunch of fun.  So, it was on!  He picked me up in Pittsburgh and agreed to drive me to Virginia after a week.  So thank you so much Dave for the opportunity to do all the stuff that we did !

This was a great trip for me.  If you didn’t know this already, I used to live in Cleveland.  I lived there twice for a total of about two years.  I moved there because Dave is a good friend of mine, and he’s part owner of a couple skateparks, Chenga World Skateparks, in Cleveland.  That was the main reason I moved there anyway.  The parks were designed by another good friend, Nate Wessel.

The week that I was there was really good.  I got to borrow one of Dave’s BMX bikes and I rode one of the parks a couple times.  I even rode the half pipe.  Oh yeah !  At one of the parks, the Kink BMX Team showed up to do a show there.  It was good because another friend of mine, Chris Doyle, is on that BMX Team and was there.  Not only that but a couple of good friends of mine were just outside of Cleveland so I got to hang out with them too.

Two friends of mine own a bar in Cleveland and threw a party one night, which Dave organized because I’d be in town.  It was a nice reunion of old friends !

This trip was a week long but I’m doing another trip up there soon.  The next trip will be longer.  So Cleveland, get ready to have some fun and tons of stories on the website!

Thank you, especially to Dave and to all my friends in the Cleveland area that made it so much fun for me.  You guys are great !  Keep checking this website to find out more !

I know that the Rock ‘n Roll Hall of Fame is in Cleveland, so Rock On !