Let me introduce myself…

My name is Mike Vincent, born in Ocala, Florida on March 25.  I guess that makes me “old” now! Let me tell you a little bit about my interests growing up so you can understand where life’s roads took me!

At a very early age, I was interested in sports.  In fact, I took swimming lessons at age two!  Yep, that’s right! Is the Yo-Yo considered a sport?  Well, I was the Ocala, Florida Champion at age four! I loved riding my tricycle, my Big Wheels (anyone remember them?) and then my bicycle.  I played baseball, starting in tee-ball first, of course.  I played basketball and football, then began wrestling.  At age eight, I took golf lessons and really enjoyed the sport.  At the age of ten, I was really into riding my bike.  I was always riding my bike!  I started making up tricks, and even began building half pipes and quarter pipes in my yard.  I rode a skateboard for awhile, but the bike was my love!

I’d be out riding my bike, wearing my Jams shorts (oh, you’ve got to remember those wild and colorful shorts!) and Vans shoes.  In fact, I remember my first Vans were blue and white checked on the front and back, with red sides and a thumbs up BMX on the outer side.  I thought I was really slick!  The neighbors thought I was crazy doing tricks on my bike, and riding the half pipe or quarter pipe that I built.  Scraped elbows and shins were pretty normal so I began wearing pads.  I still played in different sports, even played lacrosse for a short period.  I’d always come home and jump on my bike though! 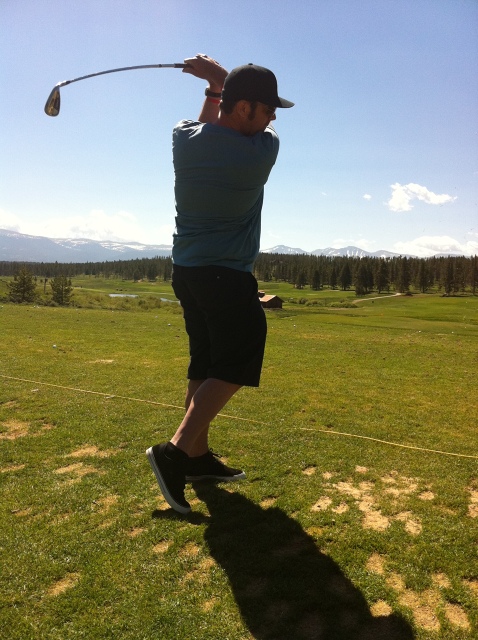 In 1992, I became a professional golf caddie.

I worked at a private golf club, Robert Trent Jones Golf Club, in Lake Manassas, Virginia.  I worked at the course in between my BMX travels and had built a great reputation for myself.

Besides my regular clients, I had the honor of being a caddie for many famous people, guests of my clients:  John Elway, Dr. J. (Julius Irving), Former President Bill Clinton, Michael Jordan, Vince Gill, Joe Gibbs and many more.

I loved to caddie, and would walk the 18-hole course usually twice a day.  When I’d get off work, I’d ride my bike!

I loved music at an early age as well.  My grandparents bought me a Donald Duck drum set for Christmas when I was three! Oh yeah, my parents just loved that…..NOT!! I took guitar lessons when I was seven and had my own stereo about that time.  Later, I played drums in the school band, as well as the keyboard.  My love for music continued and I’d buy cassette tapes and play them while riding my bike.

My love for music, like BMX and golf, increased over the years.  I went to concerts, clubs that hosted various bands and listened to music every chance I had.  In 1995, I had some friends that formed a band called Darkest Hour.  I had a great deal of confidence that they would make something of themselves.  So much so that I funded their start!  Yep in 1995, I funded their very first CD on Death Track Records.  In 2010, Darkest Hour had their Legacy/Anniversary Tour in the U.S. and abroad.  Fifteen years together and still going strong! 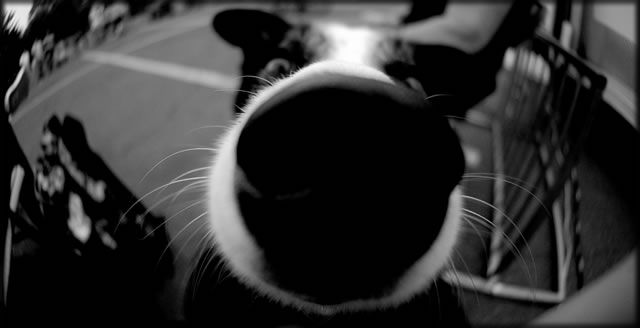 I’ve always loved dogs too!  Growing up, both sets of grandparents had dogs and I loved them.  When I was about eight years old, living in Chandler, Oklahoma, a dog came to our door in a terrible rain storm.  He was a beautiful Sheltie, scared and lost.  We tried to find the owner but it became obvious that someone just dropped him off.  He was the sweetest dog and loved his new home!  I named him Puffer because his fur was long and puffy.  Believe it or not, I had to teach him to bark.  Really!  Sadly, Puffer died at the age of thirteen.

As an adult, my various roommates had dogs that I took care of.  If I had to pick a favorite I guess it would be Foxy Lady, Jim Bauer’s Golden Retriever, when we were roommates in Los Angeles.  I took Foxy Lady for walks and to the park to play.  While living in Los Angeles, I began to work/volunteer at a local Animal Shelter caring for the dogs.  I loved them all!  I would send pictures of them to my friends, trying to get them to adopt them.  I worked there for roughly two years, managing to help get some of them adopted.

My love for dogs continues and I’m happy to say that I adopted a Border Collie from a rescue group.  She’s a petite, flat coat Border Collie and was about a year old when I got her December 22, 2008.  Her name is Mia.  She was abused and malnourished, and afraid of her own shadow.  I can’t imagine anyone abusing an animal so I’m thankful for the rescue groups out there.  Mia is a great companion!

I was twelve when I got my first BMX bike.  It was a white Redline.  My next one was a green Haro. From that point forward, I was hooked on BMX.  Every weekend when I lived in Northern Virginia, I’d go to Rockville BMX (in Rockville, Maryland).  I’d always come away with more gear for my bike.  They would put on shows, and organize contests that I eventually entered.  I know you’ve heard of Spike Jonze…..he originally worked at Rockville BMX when I used to hang out there. I even started my own mail order company called “Sugar Daddy’s.”  I made custom BMX bike wheels.  Some of my friends still have some of them!

I began to travel all over the country, entering in BMX contests.  It was in the 80’s that I met Mat Hoffman, the legendary BMX rider.  I’m honored to say that Mat and I have been friends since.  Mat inspired me to continue my dream……riding BMX.

I competed on the pro circuit for about ten years.  I remember one of the last competitions when I decided to sit it out.  One of the event organizers came up to me and asked me if I would be willing to judge the BMX events……and so I did.  That began my ten years of judging BMX contests all over the world.  Events such as the X-Games, Dew Tour, Redbull Elevation, Gravity Games and more.  I loved the sport, loved judging, loved the travel and loved the riders and organizers. 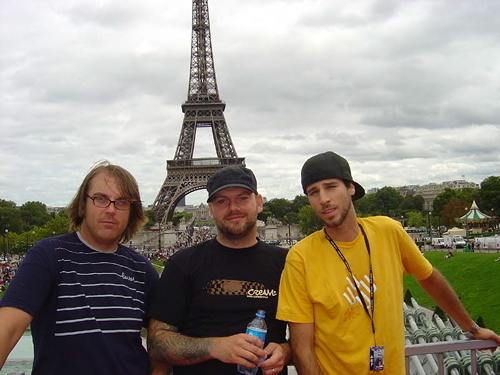 In late 1990, I became a Vegetarian mainly due to some health issues.  In early 1992, I was sick for a couple weeks and only ate vegetables, fruits, etc. and thought to myself that I’d much rather be a Vegan.  It was then that I adopted the Vegan lifestyle and have been a Vegan ever since.  Vegans, as you may know, do not eat (or use) any animal products, dairy or eggs.  It was a conscious choice that I am glad I made!

I’ve always loved to travel too.  I used to drive all around the country, going to bike contests or just to visit friends.  One year, I drove a friend from Virginia to Portland, Oregon because she didn’t want to make the drive alone.  When I became a BMX Judge, I was fortunate enough to travel all around the world.  I had to have pages added to my passport so it now has thirty pages, with only three that are blank!  I’ve also been to all but three of the States in the United States.  In my travels, I’ve met some great people and now have friends all over the world. 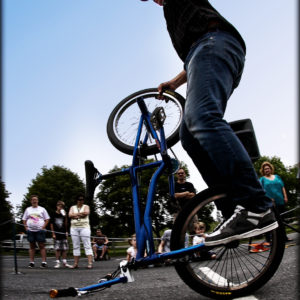 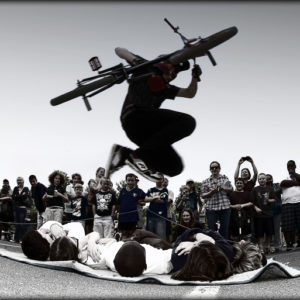 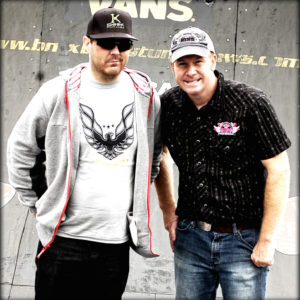 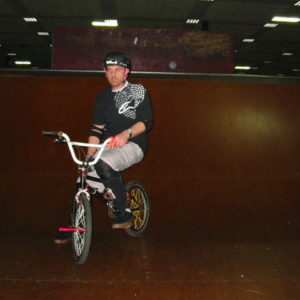 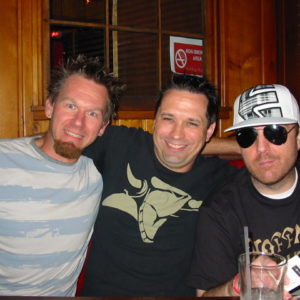 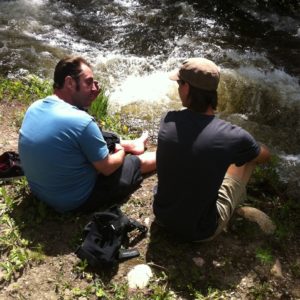 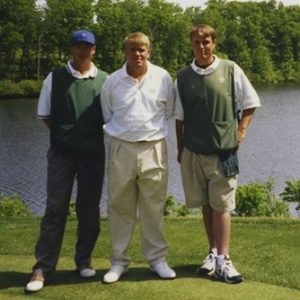 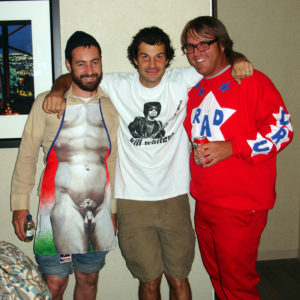 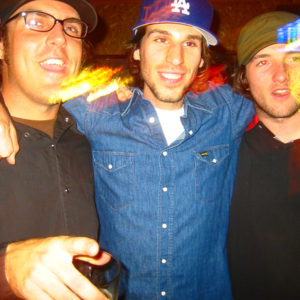 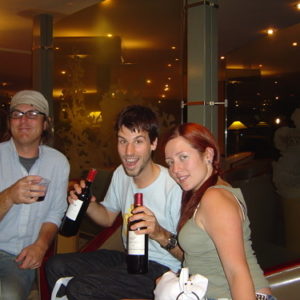 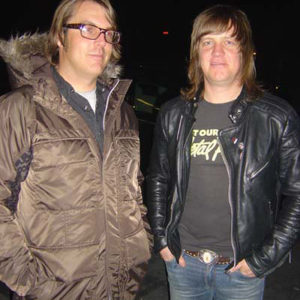 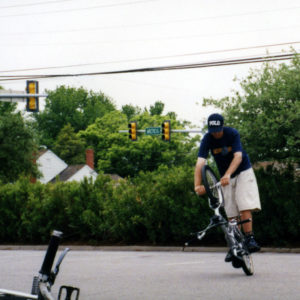 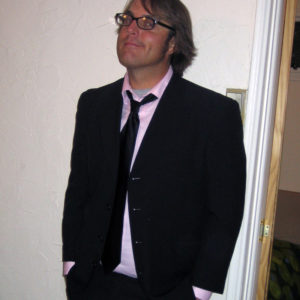